The concept of biotechnology refers to the set of technologies and their corresponding applications, which employ living organisms (plants, animals, bacteria, yeasts), their derivatives (cells, enzymes, organelles) and biological systems, in order to create or modify products and processes for specific uses, to meet the needs of society (solving problems and obtaining beneficial and valuable products).

Biotechnologies represent the intersection between natural sciences (biological and physical) and engineering, to date the most complete definition is the one reported in art. 2 of the Convention on Biological Diversity (CBD), opened for signature on June 5, 1992 and entered into force on December 29, 1993. 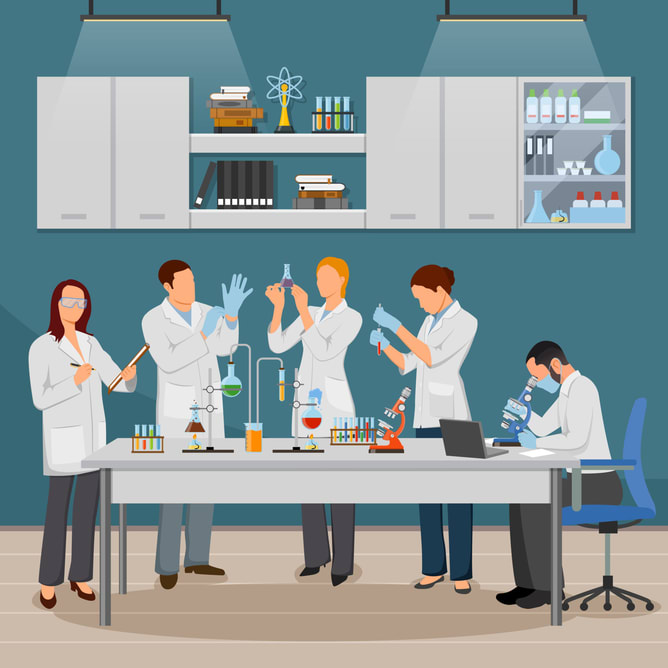 The two macro-categories in which biotechnology is classified on the basis of its seniority are:

Used for thousands of years, they are composed of Agriculture, Zootechnics, Domestication, Alcoholic and Lactic Fermentation, Yeast leavening (used for the production of wine, beer, bread, cheese, spirits, etc.), Food Preservation and so on.

More than 7,000 years of knowledge have been largely overtaken over the last two centuries, employing molecular biology and genetic engineering techniques, aiming to obtain organisms that can be manipulated for the production of a specific useful product.

From the perspective of applications, on the other hand, worldwide biotechnology generally falls into four categories, although many intersections and overlaps exist.

Agri-food biotechnology for application in the agri-food segment, i.e. agriculture and food.

In agriculture and horticulture, in breeding, new genomic sequencing and smart breeding techniques, transgenic and cisgenic plants, genetically modified foods, are the keystone upon which science and innovation can meet the challenges of food security and environmental sustainability.

From diagnostics to gene therapy, from regenerative medicine (stem cells, tissue engineering and biomaterials) to molecular farming for the creation of plant biopharmaceuticals, to include veterinary sciences, the applications of red biotechnology are aimed at improving the quality of life and reducing suffering.

Industrial Biotechnologies, used for the process and the realization of chemical products, materials and energy.

Enzymes and microorganisms are used to make products useful in various economic sectors: from chemicals to pharmaceuticals, from paper to textiles, from food to energy (bioenergy), passing through polymers.

Microorganisms are used as bioreactors.

Environmental biotechnologies, in particular technologies for the removal of pollutants, from industrial effluents to wastewater, from contaminated soils to water for food use, the techniques used are bioremediation, biodegradation and biofiltration.

In the diagnostic field, biosensors are used for the detection and monitoring of contaminants and molecular probes for the monitoring of microorganisms.

In particular, bioremediation technologies exploit the ability of some microorganisms to degrade contaminants and accelerate the natural detoxification of the environment.

Biogeochemical control techniques are used to perform biostimulation of pollutants and environmental matrices to be restored.

Against the backdrop of this brief overview, it can certainly be argued that, as a whole, biotechnology is strategic for sustainable development and underpins bioeconomy.

Concluding the taxonomic overview, it should be noted that for decades there has been talk in everyday life – often incorrectly – over genetically modified microorganisms, better known as MOGM.

Such organisms have been altered in their genetic material in order to obtain results that otherwise would not be naturally possible.

However, MOGMs are not only found in the agri-food sector, but are also used in industrial processes, as well as having great use in medicine and in pharmacological administration.

In the food industry they are used both to strengthen crops (e.g. by increasing resistance to pesticides) and to change food quality.

Italy has implemented numerous EU directives since the 1990s (directives 90/219 and 90/220 on the use and release of GMOs), which regulated the release into the environment of these organisms and their use.

The first of the two was amended by Directive 98/81, implemented in our country by Legislative Decree no. 206/2001.

The reasons behind this revision are to be found in the desire to harmonize the matter with the new directives, classify MOGMs on the basis of the risks they pose to humans, impose reporting obligations on the basis of these risks, improve transparency, etc ….

For some years now, the agri-food sector has also been affected by the development of nanotechnologies, which converge with biotechnologies in a series of intersections that are difficult to separate. (a nanometre is a billionth of a metre)

The attitude of the European Union towards so-called nanoproducts has consisted primarily in not introducing new regulations, but in applying existing ones.

In the field of food and cosmetics they are not considered different from equivalent substances, without any provision concerning safety: there has not yet been in this sense, any ruling by the EFSA, the European Food Safety Agency.

The only regulation that lays down specific rules on the matter is Regulation Nr 1333/08, which regulates food additives.

A separate remark, when dealing with biotechnologies and their regulation, should be made about the one that probably represents the fringe technology par excellence, among the emerging technologies, the most daring science among the Life Sciences: synthetic biology, also known as Synbio.

Biological phenomena can traditionally only be explained a posteriori: thanks to the engineering study of biological systems and their modular decomposition, the biological sciences are beginning to enjoy the typical features of the “hard sciences”, first and foremost predictivity.

The new discipline of synthetic biology is part of this radical change and is characterized by research and the creation of new biological properties of living beings, which have never occurred before on the planet, which can help to solve unprecedented situations.

It is therefore defined as a “problem solving enterprise” aimed at the production of biological organisms for the purpose of:

The latter is the approach that enhances the idea of modularity of living systems: new biological properties are created by assembling biological modules characterized by specific properties (as it happens with Lego).

These modules are available for “ordering” from a “common parts catalogue”, as is the case for example in the Common Parts Register of the Massachusetts Institute Of Technology.

The creation of synthetic life forms involves a series of ethical, legal and environmental risks, against which there is an intense debate between ethicists, lawyers and scientists.

For a comprehensive discussion of the ethical aspects, see the report Ethics of Synthetic Biology, Opinion No. 25, (Brussels 17.11.2009) prepared by the European Group on Ethics in Science And New Technologies.

In December 2010, the American Presidential Commission for the Study of Bioethical Issues published a report dedicated to synthetic biology and emerging technologies.

However, before concluding, it is worth mentioning the different US-EU approach to the regulation of science by law.

As a result of the “Science Based” nature of the American legal system, in which science is assumed as a neutral and prevailing value, based on case-law and binding precedents, the focus is always placed on the single specific case: it does not conform to abstract pre-emptive assessments of damages and risks, but rather favouring to rigorously punish ex post.

On the other hand, the European Civil Law systems (policy oriented) are centered around the legislation and therefore on abstract and general regulation.

In the absence of equally effective procedural remedies as those offered by the United States, there is a need for some kind of “prior consent” on the regulation of science by law.

The unrivalled limits of science in Europe are firmly acknowledged and – especially in practical applications – the last word belongs to the law, or rather to politics; it is in this way that, by virtue of the precautionary principle, the gaps in science are filled with precautionary protection measures in favour of the citizens.

Now, with regard to the aforementioned report by the American Commission on synthetic biology, in accordance with the tradition of US law, the same is characterised by the usual cautious approach, aimed at preserving the freedom to carry out scientific research and excluding the creation of ad hoc rules in this area.

In conclusion of this overview of biotechnology, it seems appropriate to underline that the relationship between science and law is complex, changing and susceptible to very rapid changes, but necessarily transdisciplinary.

If, on the one hand, science must be regulated, on the other hand, the law must listen correctly to science, without unreasonably bridleding research: we need a science willing to be wisely disciplined and a wisely informed politics.

The biotechnological revolution raises new questions for both jurists and economists: from the definition of an embryo and its patentability, to the ownership of biological tissues, samples and genetic information, from the access and limitations of genetic diagnosis techniques to cognitive enhancement, from genetic manipulation of plant species to the impact on human health and the environment, the legal questions are many and complex.

For any kind of legal, strategic and technological advice in the field of biotechnology, for dedicated training courses or for litigation support, please do not hesitate to reach out by filling in the contact form.