The concept of neurotechnology involves the use of biological, physical and computer technologies for the study of the functioning of the nervous system and the treatment of neurological disorders.

Technological developments related to neuroscience have opened up the exploration of the biology of the human brain and the nervous system, highlighting its connections with behaviour.

The other branch of study is addressed to the possible technological connections between brain and computer, as well as in perspective, between humans through computers mediation.

Starting from the 90s, the rate of development of neuroscience has triggered off the onset of a serious and systematic ethical reflection on the subject, which has led to the establishment of the discipline of neuroethics.

The law has followed very closely, shifting from an exotic juxtaposition to a necessary subject, on account of the involvement of fundamental concepts such as free will and individual monism/dualism.

In the last two decades, neuroscientific studies (Brain Imaging) and other new techniques of investigation, have started challenging the understanding of cognitive functions, originating some preliminary biological explanations of movement control or cognition.

These physiological discoveries pose a challenge to the conceptual assumptions of the law, which are often “hundreds of years old”, as claimed by B. Garland.

As of today, neurosciences use instruments suitable for measuring the blood flow inside the brain area and cerebral electrical activity analysis techniques, including: Neuroimaging, Computer Tomography (TM), Functional Magnetic Resonance Imaging (fMRI), Single Photon Emission Tomography (SPECT), Positron Emission Tomography (PET), which will result in their adoption for the purposes of lie-detection, imputability, responsibility and many other fundamental legal institutes.

The study of the amygdala and the prefrontal regions can be used in the assessment of witness statements and many other applications.

The study of the hippocampus and memory trails, brain fingerprinting and the many discoveries in lie-detection techniques could transform the legal trial system and crime prevention policies.

The legal implications span a multitude of issues of central concern, from Permanent Vegetative Status to Brain Death, to neurological enhancement/potentiation (Neuro-enhancement), from curative/substitutive treatments (ptsd, alzheimer) to neuropharmacology, from brain scanning to pain assessment (objective assessment of damage claims).

By exploiting nanobiochips and brain imaging, neuroscience has now made it possible to offer affordable and extraordinarily accurate clinical investigations.

Nanobiochips and Neuroimaging are also used to develop pharmacological techniques (neuroceuticals) capable of significantly affecting the functioning of the central nervous system in the context of neurodegenerative diseases (e.g. Parkinson’s syndrome).

Thus, through the administration of neuroceuticals, it is possible to obtain emotional stability, cognitive clarity and expansion of sensory experiences, and as an example:

This technological advancement has led to a very important ethical and legal debate on human empowerment, which actually unites all life sciences, just think about biomechatronic implants of limbs or organs (cyborgs) that have regenerative and restorative medicine applications, but we are already witnessing enhancement applications.

The other major techno-scientific trend of cognitive neuroscience application is represented by BCIs (Brain-Computer-Interface), in other words Brain-Computer interconnections.

Brain-Machine Web Interface were developed with these connections and the IoT, resulting in the creation of cyborgs –cybernetic and bionic organisms– through which computer and mechatronic devices are connected and implanted into a human organism, connected to the brain and to the web at the same time.

This paves the way for opportunities to include in social life people affected by disabling diseases, such as those involving partial or total paralysis of the body, but whose brain function is untouched.

This technological advancement can lead to an improvement in living conditions and also to the possibility of legally relevant manifestations of will (e.g. the conclusion of contracts).

Neurofeedback therapy, neurostimulation, neural control of activation mechanisms, can allow communication and movement to subjects to whom it would be otherwise impossible. 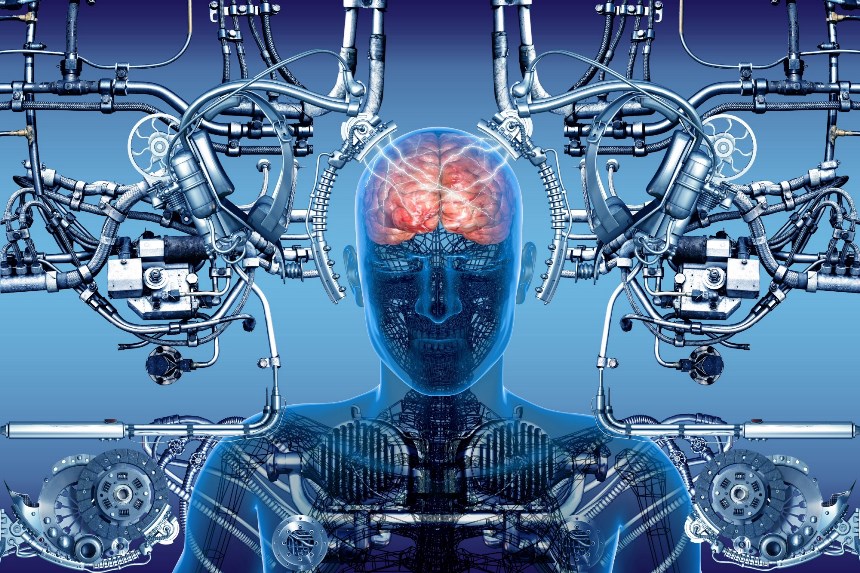 However, there is a whole range of issues, related to the spatial extension of extracorporeal individuality and data protection (privacy and security), which need to be addressed.

The research field of Brain-Machine and Brain-Machine-Web (BCI) connections is growing rapidly, and the development of the wide range of applications involving the human body requires a thorough legal-ethical-economic analysis, both from the standpoint of corporate risk management and reputational management, as well as the macrosystemic effects on a social scale.

These are some of the issues on which accurate specialized assistance undoubtedly plays a critical role in determining the success or total failure of a technology closely tied to the convergence between neuroscience, electronics, mechanics and information technology:

We offer consultancy for legal (biolaw), ethical (bioethics) and economic (bioeconomy) issues, targeting both research organisations involved in this fundamental branch of neuroscience and companies or startups involved in the development and application of these frontier technologies.

The strong interdisciplinary expertise of our professionals constitutes a truly one-of-a-kind reality in the legal and strategic advisory landscape, contact us for any need.